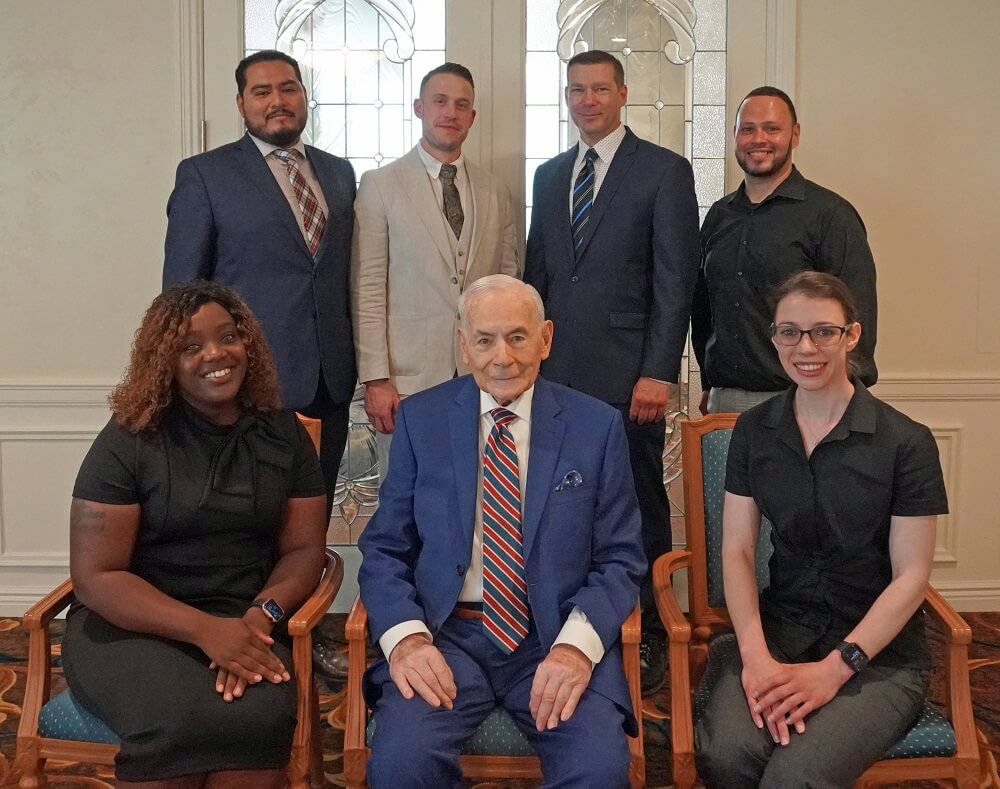 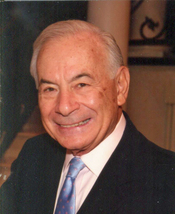 Randy founded Riotto Funeral Home with his mother Mary Riotto Dolcemascolo in 1958.
Randy was born and raised in the Marion Section of Jersey City.  His grandparents Guiseppe and Concetta Tedesco were pillars in the Our Lady of Mt. Carmel Parish and were instrumental in guiding Randy to becoming the first neighborhood funeral director.

A licensed New Jersey and New York funeral director since 1950, Randy attended McAllister School of Embalming & Funeral Directing in New York, NY.  He served in the United States Army during the Korean War.  Randy and his wife Olga have three children; Randy Jr. and Richard also funeral directors and a daughter Lorraine, a physician.

In 1961, Randy served as chairman of the Jersey City Sewerage Authority.  He is a member of the Hudson County Funeral Director’s Association, and served as its President in 1965. He served as President of Unico of Jersey City Chapter in 1966.

Randy was the Voice of Columbus for two years and in 2001 he was the Grand Marshall for the Columbus Day Parade.  Randy was inducted in to the Wm. L. Dickinson High School Hall of Fame for his outstanding achievement and moral character.

In 2013, Randy received the "Publisher's Front Page Award" by the Italian Voice and was awarded "Best of New Jersey" by the Italian Tribune.  In 2014, he received the Legacy of Service award from the Jersey City Rotary. In 2015, he was honored by Cusack Care Center as Community Partner in Caring.

Randy was selected as the Honorary Irishman of the Year for the 2016 Jersey City St. Patrick's Day Parade.

Randy is a graduate of American Academy McAllister Institute in New York, NY and has been a New Jersey State licensed funeral director since 1978.
Born in Jersey City, Randy of Marist High School, Bayonne, St. Peter’s College, Jersey City and received his MBA at Fairleigh Dickinson University, Rutherford.
Randy is a member of the Dante Alighieri Society, Jersey City.  He is also a WWII historian and a member of the 8th Air Force Historical Society the 2nd Air Division.

Richard, manager of Riotto Funeral Home, oversees all aspects of the business. He is known for his personal and intimate approach to funeral services. Richard is routinely on call 24 hours a day to personally guide families through the very difficult process of funeral arrangements for their loved ones.
Richard continually seeks to enhance and expand services to better serve clients while paying special attention to the smallest details. He is responsible for launching many innovative services designed to provide clients with memorials that far exceed their expectations.
Richard is a licensed funeral director with over 30 years of funeral service experience. Richard is a member of the Hudson County Funeral Director’s Association, Unico National, Dante Alighieri Society and Knights of Columbus.
Richard attended American Academy McAllister Institute and Pace University in New York City and Marist High School in Bayonne. 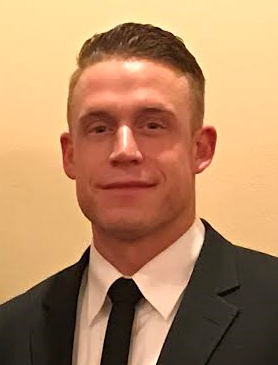 Adam is a graduate of Mercer County College, and has been licensed by the New Jersey State Board of Mortuary Science since 2009.

Adam is a third generation funeral director and grew up in the industry. He is a skilled embalmer, and is also very personable and compassionate with families.

Adam thinks of his profession, not as a job, but as a rewarding experience through which he is able help families through the most difficult of times. 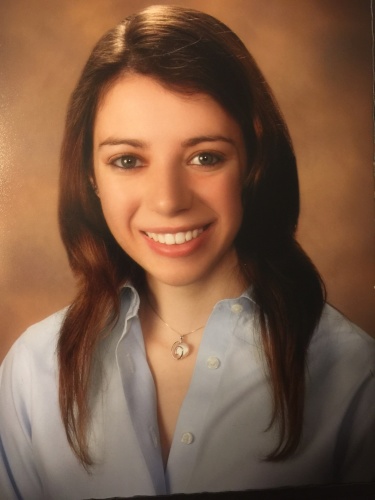 By putting those before herself, Nicole found her true calling in life. Wishing to follow her dream, she became the first person in her family to pursue a career in funeral services. In 2013, Nicole graduated from Chestnut Hill College with a Bachelor’s degree in Psychology and a minor in Religious Studies. With her degrees achieved, Nicole planned to utilize her studies that would continue to guide her into the funeral profession.

She then entered American Academy McAllister Institute of Mortuary Science, where Nicole excelled at restorative reconstruction and became the recipient of the Thomas M. Quinn Memorial Award, which is given to the student who was “recognized by fellow classmates for the contribution to the welfare of the graduating class” of 2014.

Since then, she has worked diligently learning from her licensed preceptors and co-workers, who Nicole gives great thanks to in guiding her to become a more experienced and professional funeral provider.

As of April 2018, Nicole became a licensed funeral director with the State of New Jersey.  It is her wish to continue learning from her newly found team and to extend her sympathy to the community that in times of need that they may find comfort knowing that she is here to help.